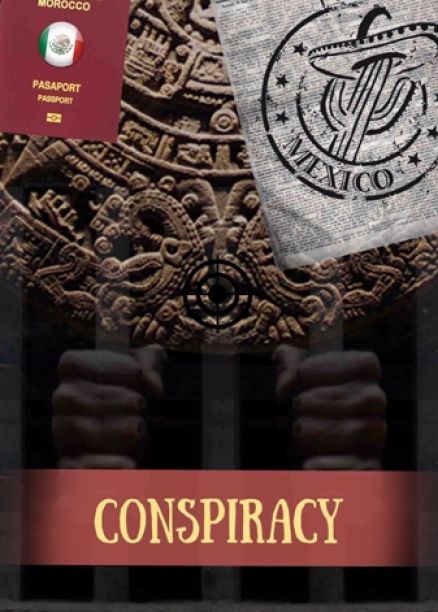 Your group of friends just arrived in Mexico on vacation. At the hotel there was a problem with the rooms, some of you got another room, but eventually it worked out and you were anxious to get out to visit the city.

Just after a few minutes, shock! Some of you who were in the front are hijacked by a masked group!
They threaten you with guns to climb into a black van, your eyes blindfolded, they force you to inhale a potion that makes you sleep ... you wake up in a strange room. You hear a voice threatening you to be silent, or else...!

The others left behind, see what happened and courageously jump into a nearby taxi, shouting: FOLLOW THAT CAR! The driver pushes the pedal, but can hardly follow the black van, and at some point you lose sight of it... When you see it from the distance at the end of an alley it just speeds of in front of a mysterious building, it is impossible to reach the van but you see a door...Try the door, it's open ... you get in frightened ... but right now the door closes loudly behind you! An ironic voice tells you to enjoy the next 80 minutes or so, as you may not have the opportunity later!

Do you want to know what happens after the time runs out or you try to escape?