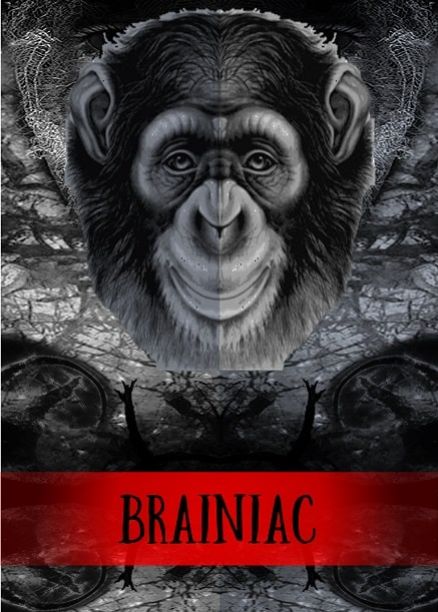 Once upon a time... There were two brothers, very intelligent but strange... Since childhood they separate themselves from the rest of the world. They only play together, and their games are weird. They seek knowledge.

As they grew up, they become obsessed with the question "what if ...?". And seeking the answers by any means, the sense of good and evil begins to disappear. The questions are becoming stranger, their experiments are carried to extreme limits, without thinking about the consequences. One inclines towards pure science, the other obsessed with life and death, and yet alike, both physically and mentally. They end up transforming everything into a competition. With their weird humor, they call themselves Brainiac and Maniac.

Their competition reaches a new height when they intend to answer questions about human nature. "What will happen if you kidnap people, you sedate them, and they wake up in an unknown place? From which they apparently can't get out? But what if those people knew each other, what if they were friends? What if they knew they were followed, studied, from the first moment?"

Each of the brothers builds his own prison and his own list of "what if" questions. Brainiac's list is not too long. Starting from the fact that man and chimpanzee have a common ancestor, he aims to study how different, or similar, are the emotions, thinking and social behavior of the two related species. "What will happen if they wake up in a strange space, surrounded by unknown things? Will they be curious or fearful? Will people interact with each other and with the objects around them much differently than their cousins? Or maybe similar? Will each act on their own or will they form a team? Will fear and stress block them? Or will they enjoy challenges and play? ”

“Monkey see, monkey do”… what about you?